4 of the best cable modem router combos for faster internet 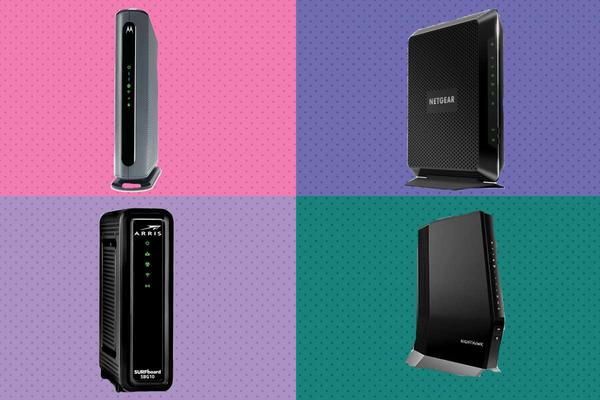 Home internet systems often consist of a cable modem (which interprets what flows through the cable coming into your house as an internet signal) and a router (that turns that signal into a wireless connection). The best cable modem router combos perform both of these tasks in a less expensive and more efficient way since they eliminate the need for two separate devices.

Because I live in New York City, I have Spectrum as my internet provider. We don’t have tons of choices and my coop building is only currently wired for Charter Spectrum, something which may sound odd and constrictive if you’re not familiar but there are actually people who consider what type of internet a building is wired for before they’ll decide whether they want to rent or buy there. Spectrum offers higher speeds than what I was paying for but, in order to use them, I required a new cable modem router combo.

If you too are in the market for an internet speed upgrade and you have cable internet service, like Spectrum, Cox, or Xfinity, here are some of the best cable modem router combos to consider.

Not all modem router combos work with all internet providers so make sure to check with yours before making a purchase.

A Spectrum customer service agent once asked me, “What in the heck are you streaming there? Your internet connection speed should be more than enough for a 750 square foot, two-bedroom, New York City apartment.” This was after I’d called to complain about how HBO Max and Zoom kept freezing and Netflix would load with low, grainy picture quality.

I wouldn’t consider myself to be an excessive streamer but I do cast my shows and movies over WiFi to my television and stream all my music – not always at the same time – so I guess I do require a pretty strong WiFi signal.

The Motorola MG7700, along with a faster internet plan, has proved to be an excellent upgrade to my home entertainment experience. My movies and TV shows stream with a noticeably clearer picture than before and HBO doesn’t spend ten minutes buffering every five minutes. It's equipped with four ethernet ports (which I don’t use), WiFi amplifiers (which so far have made a noticeable difference), and firewall security.

Setting it up was easy with the Spectrum app, just make sure the correct mac address is entered. 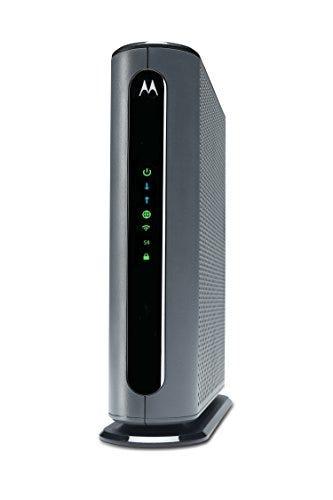 If you consider yourself a power user and avid gamer, and you pay for a super-fast internet connection (the CAX80 supports speed up to 6Gbps) that you’ll likely upgrade to an even faster connection in the future, the Nighthawk CAX80 might be your dream cable modem router combo.

With a 2.5-gigabit ethernet port, four (one) gigabit ports, and a USB 3.0 port, you can connect your PlayStation, x-box, storage drive, and more. The WiFi signal is strong enough to cover up to a 3000 square foot house without compromising speed or connection.

This is another version of the Netgear Nighthawk at a slightly lower price than the CAX80. The C7000 doesn’t have a 2.5-gigabit ethernet port but, with four regular gigabit ports and two USB ports, you’ll have plenty of room to connect wired devices like gaming consoles.

According to Netgear, the C7000 can handle 30 wireless devices over 1800 square feet with a connection speed up to 1900Mbps so if yours is a household of multiple people each with a few wireless devices, the C7000 is probably a good choice.

The Arris Surfboard SBG10 is a great inexpensive choice if your home does not house an overabundance of WIFI devices – and if you’re not a gamer who needs to connect multiple devices via ethernet ports (it has 2).

Best for plans up to 400Mbps, the SBG10 only works with cable internet service providers like Spectrum, Cox, and Xfinity.

Whatever your home internet needs are, purchasing a cable modem router combo will probably be more cost-effective in the long run than renting one from your service provider (which, if you’re a gamer or power user, likely wouldn’t be sufficient anyway).

Personally, I’ve always found the equipment rental thing a strange practice and an unneeded monthly expense but, I am also that person who is routinely annoyed that Adobe no longer allows you the option to just buy their software outright.

While I can’t do much about Adobe’s business model, I can make sure that my home internet speeds don’t cause frustration – you know, that whole serenity thing which most of us could really use more of these days.